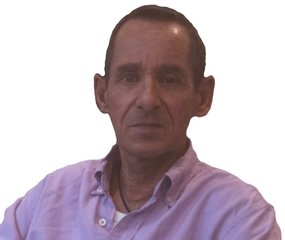 Keith is a lineage disciple in two traditions of Tai Chi Chuan, with forty years experience in Nei Jia (Chinese Internal Martial Arts).. He studied under Grandmaster Chee Soo with the International Wu Shu Association for over 18 years, being awarded his masters degree in 1986, and with  one of Europe’s most respected Wu Shu trainers and officials, Peter Warr.  In 1991 Keith joined Practical Tai Chi Chuan International, under Dan Docherty.

Through the 1970's and 80s, Keith participated in the British Coaching Foundation training schemes and was for many years a member of Sports Coach UK, whilst running clubs throughout Norfolk and Suffolk. From 1989 he worked for Norfolk Education Service with responsibility for selection , recruitment, and training of teachers of Tai Chi, Yoga, self defence and other disciplines; assessing their training needs, devising and delivering training and assessment programs. At this time he founded the Eastern Wave Wu Shu School, which provided training services to clubs and many educational and community bodies.
Keith has served as a judge and given demonstrations and seminars at international events. In addition Keith  designed and delivered tailored courses to many varied organisations including Addenbrookes Hospital in Cambridge and the Universidade dos Hospitais in Coimbra, Portugal.
He is a registered senior teacher with the Tai Chi Union of Great Britain,and was also a member of the British Council for Chinese Martial Arts and a registered teacher of Tai Chi for Arthritis under Dr Paul Lam.
Outside of his martial arts career Keith has held senior posts in organisations working in the private, public and charitable sectors, he is an experienced, successful bid writer and project manager. ​ 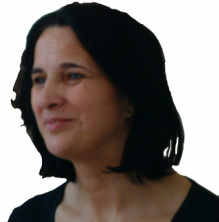 When she began training in Tai Chi, Gloria already had a good understanding of the philosophy, appearance and purpose of Tai Chi from her independent research as a highly sought after restorer of Chinoiserie. From her intensive training in Haute Ecole’ with the remarkable Lord Henry Loch, Gloria developed the ability to use exceptional sensitivity and subtlety of communication through physical contact, as highly desirable in that prestigious art form as it is in the Chinese Internal Arts, hardly surprising when one considers the mutual background of combat efficiency they share.
If you ask her students, “What is Gloria like as a teacher?” you might well hear
“She smiles a lot” or perhaps
“She is like a long lasting battery, and so strong” or
“She is so elegant and moves beautifully”.
All these compliments hide the depth of understanding she possesses and the ease with which she opens the doors to the secret world of Chinese Internal Arts for her students. As a sucessful professional artist and writer Gloria has a finely developed appreciation of aesthetics and conveys the subtle requirements of the internal arts with clarity and openness. Gloria began her journey as a student in the internal arts in 1996 and soon switched to studying with Keith.

Gloria’s approach might best be described as; student centred with the pursuit of excellence within the spirit of Wu Wei, or as she might say herself “The natural development of beauty, correctness and dynamism, for you.”She is an internal arts teacher with passion, knowledge and understanding who is warm and approachable. As one happy student phrased it; Gloria removes the fear and makes it easy.”
Gloria is an advanced instructor with the TCUGB

Henry Dean began training in Wu Dang Tai Chi Chuan under Keith Roost in 1997. A gifted and intelligent student, he excelled at the physically demanding aspects of Tai Chi Chuan as well as the theoretical. For several years he assisted Keith in his many classes and spent much time exploring Tui Shou (pushing hands) in depth with him.
A professional musician and 3D animator, Henry is an inspiring and knowledgeable teacher of Wu Dang Tai Chi Chuan; he brings drama and physical excellence to his performance, technical understanding in his teaching and particularly enjoys sharing his love of Tui Shou with its many implications on all levels.
Travelling frequently between London, Norwich and Spain, Henry makes time to teach workshops and private lessons.